NEWS – what does bother you…

Dear friends and fans of the shower exchanger!
The most frequent question, which we receive, are regarding contamination and blockage of the absorber by showering process residue and hair.
I decided, owing to the fact that the shower exchanger at our home (predecessor of of exchanger NELA) was installed 8 years ago, to check it out myself.
Just to satisfy my curiosity, the older type of exchanger at our home was replaced by the new NELA. The original exchanger was fitted at the beginning of 2007 and worked faultlessly in our busy household ever since, despite three long hair users, shower gel, oil, peeling oil, flushing all-sorts as well as use of ecological bathroom cleaning product. However, I do use bacteriological drain cleaner approximately twice a year to keep the absorber in good condition. Judge for yourself from the enclosed photo whether the interior of the exchanger shows much contamination. The patina coating was obviously created on the cooper surface of the absorber. Intensive use is visible. 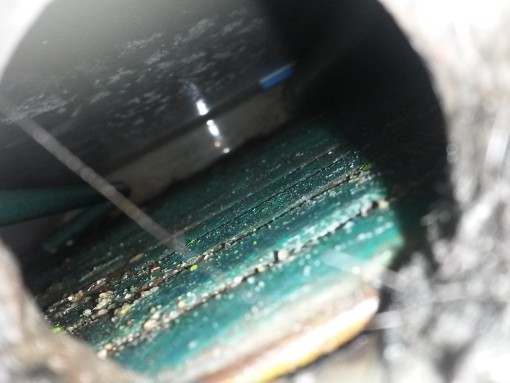 Unlike the older type, The NELA absorbet is made from a stainless profiled boards AISI316, which considerably reduces the size of the exchanger and also enhance performace. Replacement the exchanger was not demanding.
I re-routed waste pipes to their new position and purchased replacement fresh water hoses with a 3/4” reducer, (the original was 1/2”) . Including the trip to a near by shop for a material, the whole job took less than two hours.
Pleasant surprised was lack of bad odour from the removed unit as any work with the drain is normally noticeable smelly. In this case – nothing.
I have attached installation photos, so that it’s easier to compare both exchangers: the older one (almost filling up the space under the shower basin) is replaced by new exchanger NELA. 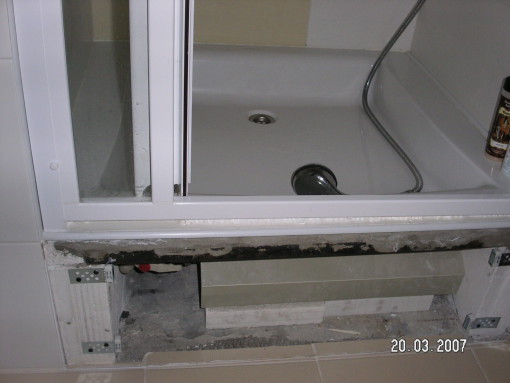 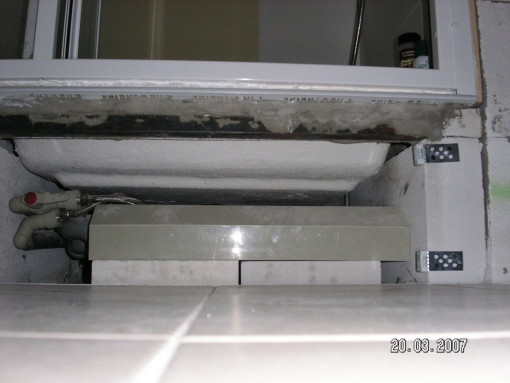 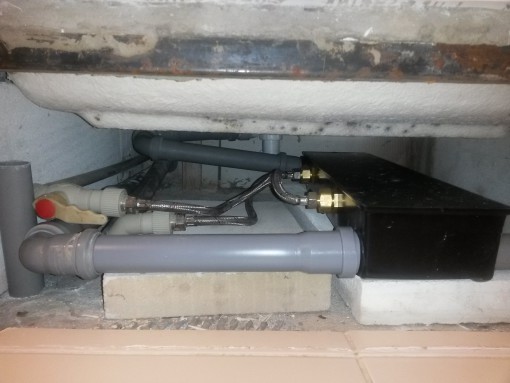 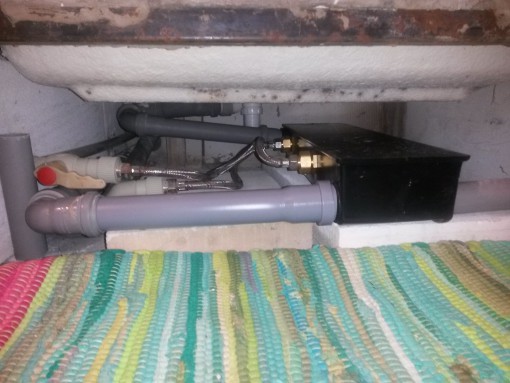